Overseas Indians estimated at over twenty million are spread across 110 countries. According to a survey conducted by UN department of economic and social affairs, India has the largest diaspora population in the world. They have made significant economic, social and cultural impact in the world. Appreciating the role of Non Resident Indians in the economic development of the country, the Government has progressively announced various schemes to facilitate investment by Non Resident Indians.

An Indian citizen or a foreign citizen of Indian origin who stays abroad for employment/carrying on business or vocation or under circumstances indicating an intention for an uncertain duration of stay abroad is a NON-RESIDENT INDIAN ( NRI ). Those who stay abroad on business visit, medical treatment or such other purposes which do not indicate an intention to stay there for an indefinite period will not be considered as NRIs. Students going abroad for studies are now treated as Non-Resident Indians (NRIs) and are eligible for all the facilities available to NRIs under FEMA during the period of their stay abroad.

Banknet has released Sixth Edition of NRIs Handbook for Banking & Investments in July 2016. This report provides updated information of all the services available to the NRIs / PIOs/ OCBs as well as Foreign Investors. It does not just give information on accounts or investment; it gives much more than that. All editions of Handbook had received great response & subscribed by NRIs, bankers, consultants across the globe from nearly 40 countries. This handbook is edited by Senior Bankers, including those who have worked in the Reserve Bank of India & Treasury of Banks... Read more

Person of Indian Origin (PIO) means a citizen of any country other than Bangladesh, Pakistan or Sri Lanka, if:

he at any time held Indian passport; or
he or either of his parents or any of his grand-parents was a citizen of India by virtue of the Constitution of India or the Citizenship Act, 1955 (57 of 1955); or
the person is a spouse of an Indian citizen or a person referred to in sub-clause (a) or (b).

Overseas Corporate Body (OCB) means a company, partnership firm, society and other corporate body owned directly or indirectly to the extent of at least sixty per cent by Non Resident Indians and includes overseas trust in which not less than sixty per cent beneficial interest is held by Non Resident Indians directly or indirectly but irrevocably. In terms of RBI Circular dated September 16, 2003, RBI has decided to derecognise Overseas Corporate Bodies (OCBs) in India as an eligible 'class of investor' under various routes/schemes available under the Foreign Exchange Management Regulations. 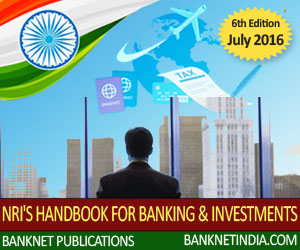